Back to Blog
Blog

BY ENTERING (OR OTHERWISE PARTICIPATING IN) THE PROMOTION, ENTRANTS (AGREE TO THESE OFFICIAL RULES, WHICH ARE A BINDING CONTRACT, SO READ THEM CAREFULLY BEFORE ENTERING.  WITHOUT LIMITATION, THIS CONTRACT INCLUDES INDEMNITIES TO THE PROMOTION ENTITIES FROM YOU AND A LIMITATION OF YOUR RIGHTS AND REMEDIES.

1.  Eligibility.  The Restaurant Reopening – Spin the Wheel Instant Win Giveaway (the “Promotion”) is open only to employees of restaurants who are legal residents of the United States, the District of Columbia, or Puerto Rico, aged 18 or over at the time of entry.  Employees, officers and directors of Sysco Corporation (“Sponsor”), its parent, subsidiaries and each of their respective affiliates, subsidiaries, advertising and promotion agencies, distributors and other prize suppliers (collectively, the “Promotion Entities”), and each of such employees’, officers’, and directors’ immediate family members and/or those living in the same household (whether legally related or not) of each are not eligible to enter the Promotion or win a prize.  Void where prohibited by law.  By participating in the Promotion, each entrant unconditionally accepts and agrees to comply with and abide by these “Official Rules” and the decisions of Sponsor, including the interpretation of these Official Rules and its exercise of discretion, which will be final and binding in all respects.

3. How to Enter.  To participate and enter this Promotion, during the Entry Period individuals will need to click on the online / email advertisement for the Promotion or visit https://foodie.sysco.com/restaurants-reopening/. To enter, complete the registration information, including a valid email address.  After registering, the wheel will automatically spin for a chance to instantly win a prize.  If you do not win, you will be provided the option to earn additional entries into the Promotion / opportunities to spin the wheel again. These additional entries are earned by taking specific actions on Sysco’s social media pages such as follow, like or subscribe or reading through Ecolab’s point of sales materials.  Individuals may only win one prize.

Entries generated by a script, computer programs, macro, programmed, robotic or other automated means are void and may be disqualified.  In the event of a dispute over the identity of an online entrant, entry will be deemed submitted by the registered account holder of the email address associated with the Instagram account, provided that person is eligible.  Winner may be required to show proof of being the registered account holder.  In the event a dispute regarding the identity of the individual who submitted an entry cannot be resolved to Sponsor’s satisfaction, the affected entry will be deemed ineligible.

5.  Winner Selection and Prize Claiming.  There will be a total of sixty-five (65) winners selected in this Promotion: (i) 40 will receive an Ecolab Sanitation kit, (ii) 15 will receive a Supplies on the Fly kit, and (iii) 10 will receive a Combo Kit consisting of the Ecolab and Supplies on the Fly kit.  The potential winner(s) will be selected instantly during the Entry Period after spinning the wheel. Sponsor will have complete discretion over interpretation of the Official Rules, of administration of the Promotion, and of selection of the winner(s).  Decisions of the Sponsor as to the selection of the winner(s) will be final.   Winners will be contacted via email for a valid shipping addresses and prizes will be mailed on or around May 11, 2021.

6.  Odds.  Odds of winning will depend upon the total number of eligible entries received.

8.  Publicity Release.  Subject to applicable law, winner(s) irrevocably grant the Promotion Entities and each of their licensees, and its and their successors, assigns and sub-licensees the right and permission to use their name, voice, likeness and/or biographical material for advertising, promotional and/or publicity purposes in connection with the Promotion, in all forms of media and by all manners (now and hereafter known), and on and in connection with related products, services, advertising and promotional materials (now known or hereafter developed), worldwide, in perpetuity, without any obligation, notice or consideration except for the awarding of the prize(s) to the winner(s).  Entrants agree not to issue any publicity concerning the Promotion Entities.

9.  Waivers, Disclaimers and Releases.  By participating in the Promotion, entrant agrees to release, discharge and hold harmless the Promotion Entities and each of their respective directors, officers, employees, agents, successors and assigns (“Released Parties”) from and against any and all claims, liability, costs, losses, damages or injuries of any kind arising out of or related to entrants’ participation in the Promotion and/or related to any prize (including, without limitation, losses, damages or injuries to entrant’s or any other person’s equipment or other property, or to their persons, related to participation in the Promotion; or arising out of any violation of rights of publicity or privacy, or claims of defamation or portrayal in a false light; or based on any claim of infringement of intellectual property; or from any typographical, human or other error in the printing, offering, selection, operation or announcement of any Promotion activity and/or prize).

10.  Entry Information and Promotion Communications.  As a condition of entering the Promotion, each entrant gives consent for Sponsor to obtain and deliver his or her name, address and other information to third parties for the purpose of administering this Promotion and to comply with applicable laws, regulations and rules.  Any information entrant provides to Sponsor may be used to communicate with entrant in relation to this Promotion or on a Promotion winner’s list.

11.  Governing Law / Limitation of Liability.  All issues and questions concerning the construction, validity, interpretation and enforceability of these Official Rules or the rights and obligations of entrants, Sponsor or the Released Parties in connection with the Promotion will be governed by and construed in accordance with the laws of the State of Texas, without giving effect to any choice or conflict of law provision or rule.

By entering the promotion, entrant agrees that to the extent permitted by applicable law: (a) any and all disputes, claims and causes of action arising out of or connected with the promotion, or any prize awarded, will be resolved individually, without resort to any form of class action; (b) any and all claims, judgments and awards will be limited to actual third-party, out-of-pocket costs incurred (if any) not to exceed ten dollars ($10.00), but in no event will attorneys’ fees be awarded or recoverable; (c) under no circumstances will any entrant be permitted to obtain any award for, and entrant hereby knowingly and expressly waives all rights to seek, punitive, incidental, consequential or special damages, lost profits and/or any other damages, other than actual out of pocket expenses not to exceed ten dollars ($10.00), and/or any rights to have damages multiplied or otherwise increased; and (d) entrants’ remedies are limited to a claim for money damages (if any) and entrant irrevocably waives any right to seek injunctive or equitable relief.  Some jurisdictions do not allow the limitations or exclusion of liability, so the above may not apply to you. 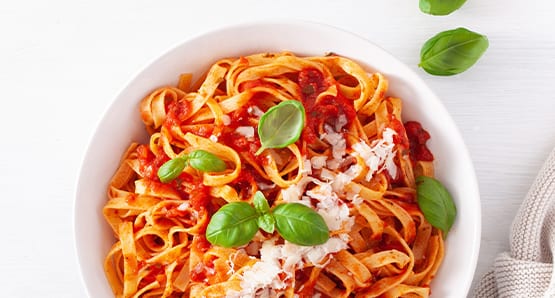 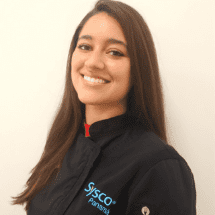