The shrimp market is saturated with both Whites and Tigers as importers brought in excess inventories to build a cushion while the demand has softened due to slow retail sales. Prices have continued to decline on specific sizes. 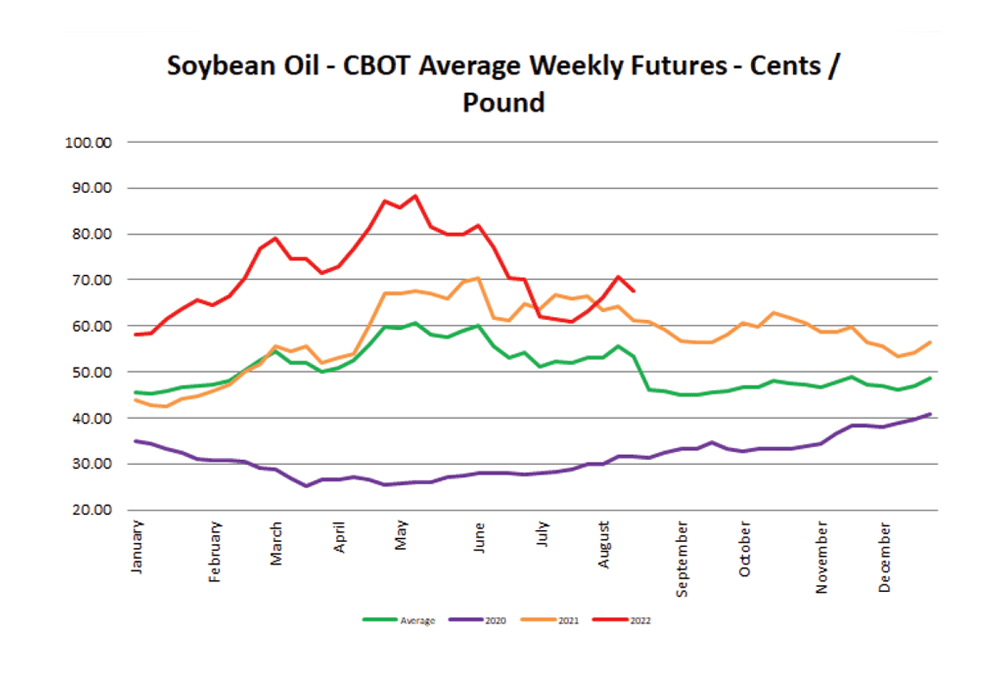 Wings season is approaching as football season nears and supply has begun to constrict. Tenders demand and availability is balanced, and prices remain high. The random breast market has evened out because of Labor Day demand. Portion control breast have tight supplies. Boneless thigh meat prices were down again this week. Butts continues to decline as the market looks to find a new level. Availability on ribs is stable and markets are holding relatively flat right now. Supplies on loins are tightening up with demand from retail rising, driving this market up daily. Bellies saw steep declines as demand for bacon is steadily decreasing. Trimmings are down this week with good supply and steady demand. Market trades continue steady overall, with buyers and packers trying to gain leverage but neither gaining it. Ribs continue at a steady tone for CAB or higher boxes; Sel and No Roll offer opportunities. Strips continue to show demand, but buyers are more hand to mouth as pricing is slowing, CAB or higher boxes are still limited. Grinds are steady with good demand for patties and bulk grinds. The soybean oil market traded down most of last week, finishing about 3% down for the week, mostly on improved weather conditions and improving crop scores. Canola crop scores continue to improve to where we will see much more available seed. Palm moved lower with poor Chinese demand and good supplies. Frozen tuna supply has improved and provides a good market value. There are several tilapia shipments facing delays due to labor shortages, lack of containers, and FDA holds. the shrimp market is weak for wild caught as landings have been better than expected.

Market remains firm. Supplies continue to be tight from both Peru and Mexico, but more so on the West Coast.

Markets are increasing as yields start to reduce due to an increase in quality issues and a pick-up in demand.

Out of Mexico cabbage remains limited in supply with active markets. Conditions to last through August.

Markets are increasing as yields start to reduce due to an increase in quality issues and a pick-up in demand.

(East) Bi-Color corn seems to be most plentiful. Yellow corn is very tight in supply. Demand in increasing as Labor Day approaches. (West) Moderate supplies of white corn this week; market firming up.

The Idaho market expected to adjust as more sheds start up late this week and next. 40 – 70 ct will still be very short for several weeks

Market is in a severe demand exceeds supply situation. Supplies have been reduced by high heat in the growing regions during the months of May, June, and July, followed by heavy rainfall the last week. Harvests are estimated to be down 35-50% from their original forecast numbers thus creating a very active, and volatile market scenario. Conditions are expected through September, and some are forecasting the current conditions could last through the end of the year.

The markets on iceberg, romaine, romaine hearts, are moving quickly into a demand exceeds supply situation. Weather conditions coupled with inconsistent demand patterns are driving the markets upward. Limited supplies and volatile market conditions are expected for the next 2-4 weeks. All commodity and value-added packs are impacted.

Market firmer. Hot weather in CA, ID and WA over the last week has caused harvest delays and will reduce production volume this week. Super and colossal onions will be very tight for a few weeks.

East Coast – Both yellow and zucchini squash are active. West Coast – Zucchini will be short for the next 2 weeks until Central California starts. Central Coast squash will be in light supply. Yellow squash volume up a bit, demand not as strong as zucchini.

Round supply remains on alert status due to lack of availability from high temps and rainfall. Market will remain elevated for the next 2-3 weeks.

Lemons: The market is steady with a good mix of large fancy imports and California product which has fancy and choice mid sizes.

Oranges: The market is strong with limited supplies of 88-138 ct. California Valencia shippers are limiting their harvest to stretch out the season into October. Quality is fair on domestic Val’s. with some regreening present. Chilean navels are showing better signs of quality and volume versus Valencia oranges

Lime: Market remains limited with good quality volume on anything larger than a 175’s. Trailing a short supply of large sizes (110’s,150’s) from the Spring. 110’s, 150’s, 175’s will continue to be limited until early to mid-September.

Supplies are light on 5 and 6 ct. with some suppliers subbing into 7 ct. Volume is expected to improve by mid-September.