Back to Operations
Operations

With a growing population, Hispanic culture and cuisine has an ever-growing influence in the food and dining industry.

Over the past two decades, the United States has experienced a massive influx of cultural influence, largely due to the nation’s growing minority population. As a result, cultural diversity has become more common in American life and is especially apparent both in the food we eat and in the foodservice industry itself.

Over the past two decades, the United States has experienced a massive influx of cultural influence, largely due to the nation’s growing minority population. As a result, cultural diversity has become more common in American life and is especially apparent both in the food we eat and in the foodservice industry itself. Additionally, increased interconnectivity in our society—thanks to TV, travel and the internet—has also played a major role in fueling the demand for dining experiences that spotlight authentic flavors and other elements (e.g., music, ambiance) from various international cultures. One of the most popular, and influential, is Hispanic culture.

With bold, on-trend flavors and ingredients, Hispanic entrées rank third in popularity among all menu options. But Hispanic influence in foodservice isn’t just felt in the food we’re eating. The restaurant industry is bolstered by a large Hispanic employee base. According to the U.S. Bureau of Labor Statistics, Hispanics account for more than a quarter of the total U.S. foodservice workforce. Furthermore, Hispanics are an increasingly important consumer demographic for retailers and foodservice operators. The largest U.S. minority, Hispanics make up 18 percent of the total population—more than 57 million people. And with increased population growth has come increased purchasing power.

These factors all point to a market segment that is shaping—and will continue to shape—the foodservice industry.

In Hispanic culture, food is a central element of life. A meal is an event that brings the whole family together. It’s about community and creating authentic moments. It’s not surprising then that Hispanic food figures so prominently into our current culinary consciousness. Today’s diners are more adventurous, actively seeking out original (and Instagrammable) dining experiences. And they’re willing to pay more for them, especially Millennials.

As result, the popularity of Hispanic food has grown well outside the walls of more traditional Hispanic restaurants and is seen now in mainstream restaurants that feature Hispanic dishes and flavors. And though fusing those flavors with other international cuisines is extremely on trend, customers are also looking for more specific Hispanic cuisines and ingredients, such as Peruvian, Puerto Rican, or even more regionally specific choices like Yucatecan or Oaxacan fare.

As the Hispanic population grows, so too does its sway as a consumer demographic. Embracing important aspects of Hispanic culture is critical for operators. For example, dining out for Hispanic consumers is typically a family affair. A restaurant concept with family-friendly seating would therefore be an attractive option. So would a restaurant with healthy dishes on the menu that feature fresh ingredients, since Hispanic diners are typically more health-conscious than some other consumer segments.

Operators can also appeal to Hispanic customers with bilingual promotional materials: 40 percent of Hispanics say bilingual ads, billboards and menus are important to them. Simply including a menu item’s name in Spanish promotes inclusion and shows cultural awareness.

By keeping up with consumer expectations and thoughtfully employing these kinds of strategies, operators can stay relevant with Hispanic customers.

A Commitment to Diversity

Sysco works every day to encourage and create a more holistic approach to engaging Hispanic businesses and customers by:

Many of the same ideals that are hallmarks of Hispanic culture are engrained in Sysco’s business practices. It’s about a dedication to people, culture and community that’s at the heart of food and service.

Profit Pitfalls to Avoid During the Holidays 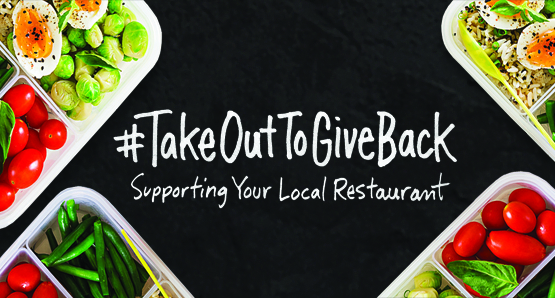 Takeout To Give Back