Two concepts combine for one delicious culinary experience at this Kansas City restaurant.

With three restaurant locations in the Kansas City area, Nick and Jake’s offers two kinds of cuisine and one clear unifying factor: comfort.

Nick and Jake’s twofold menu concept makes eating here a unique experience. On the “Nick” side, you’ll find upscale entrees like steak, pasta and seafood. On the “Jake” side, the menu offers bar-friendly fare like burgers and wings. But Nick and Jake’s doesn’t limit itself to just the familiar.

“We are a chef-driven kitchen,” says Jenn Timmons, Nick and Jake’s Marketing Manager. “This gives us an opportunity to do different specials every week and weekend, as opposed to running the same menu over and over.”

The chefs at Nick and Jake’s bring their creativity to the kitchen, elevating simple favorites into new and exciting pleasures. “We don’t just put out a steak or surf and turf. We always try to take it to that next level,” Timmons says.

Despite the challenges of the COVID-19 pandemic, the team at Nick and Jake’s has been able to keep their momentum as a successful business, adapting to satisfy the needs of their customers and safety regulations.

Their takeout business has exploded, which has helped keep the restaurant afloat. To meet these newfound needs, they’ve added curbside pickup parking spots, partnered with delivery service DoorDash, and started using upgraded packaging from Sysco. Timmons says that having perfectly packaged food is essential for food safety and customer ease.

A close relationship with Sysco has helped Nick and Jake’s come out on top during the pandemic. The restaurant’s team has collaborated with Sysco to develop family meals for takeout that have driven weekly sales, and even a Christmas meal package for the holidays.

“Our Sysco representatives—including Sales Consultant Mark Douglas—have been amazing, working with us to make sure that every single thing that we develop is not only delicious, but also user-friendly for our guests as they pick it up and take it home to reheat for themselves,” Timmons says.

“It’s nice to see how our relationship [with Mark Douglas] has evolved,” says Timmons. “He’s a part of the Nick and Jake’s family now. If we have any new menu items that we’re considering, he’s one of the first people that we call, and we work through everything with him.”

Nick and Jake’s brings Sysco in to help with many aspects of the business, from menu creation to takeout packaging to off-premise catering.

Every year, as part of their extensive community outreach, Nick and Jake’s hosts a golf tournament, Fore the Kids, to raise money for Nick’s Voice Fund, which helps fund the Behavioral Health Sciences department at Children’s Mercy Hospital. The fund was named for Nick Timmons, Jenn Timmons’ brother, whom the restaurant was partly named for, who took his life in 2017. (Jenn and Nick’s father, Kevin Timmons, owns the restaurant along with his business partner, Doug Watkins.)

After each golf tournament, Nick and Jake’s caters the post-tournament dinner and silent auction. Timmons says Sysco plays a role in the creation and planning of the event menu and ensures that the product and quality is “just perfect.”

Timmons says one reason Nick and Jake’s has been successful this year is due to their ability to pivot quickly. “Because we have accepted that this is our new normal, we were able to adapt with the pandemic and continue to be a successful business.”

Beyond the pandemic, the Nick and Jake’s team looks forward to the future and to the possibility of expansion. But right now, they’re focused on what they do best: serving delicious, comforting food in a safe, friendly environment. After all, it’s what their community may need most, after a year like this one. 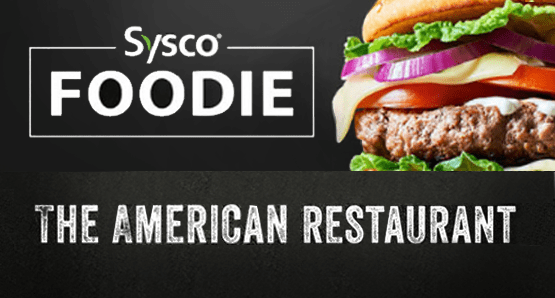 Warm Up to Profitable Opportunities with Soups & Chilis!